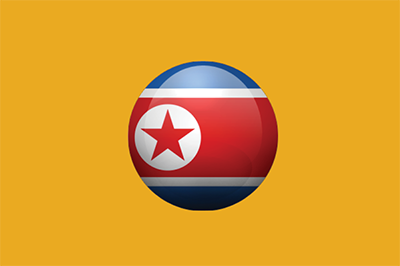 Among the contributors to writing on the topic are five legal advisors from Horizons addressing six countries’ legal points of view, including China, Korea (DPRK), Mongolia, Qatar, Russia and Pakistan. In this post, we offer the entry on Korea (DPRK).

The first law code of the Democratic People’s Republic of Korea (“Korea”) traces back to 1946. However, there is an organic system of laws, provisions and regulations related to foreign investment implemented and progressively enforced beginning only in the 1990s.

There is one basic notion to avoid the courts disregarding a legal entity (“LE”) and making owner(s) personally liable: the owner(s) shall not act against the public interest, shall not make false statements and shall not cause losses due to their factual and unwarranted interference in the daily management of the LE.

This indiscretion by the courts can be easily avoided.

Company owner(s) shall be unambiguously separated from the legal representative (i.e. the president of the board of directors), from the board of directors, from the general manager and from the top management of the LE. On top of that, they shall acquire and record indisputable evidences (official documents and audited reports) of the abidance by the laws during the following three circumstances: (1) the incorporation of the LE at the central government’s bureaus; (2) the governance and the management of the LE; and (3) the accomplishment of the social duties of the LE.

Again, if the owner(s) has active – direct or indirect – involvement in one of the above three moments of the corporate life, they will be personally and mainly liable in front of the court. This is the case when the liability will not be limited to the capital of the LE only, but to the whole traceable assets of the owner(s).

No difference is made between shareholder(s) and “owner(s)”. There is no legal definition in Korea for additional terminologies such as beneficiary owner, ultimate beneficiary, etc.

Depending on the gravity of the offence, the owner(s) may be liable under (administrative), civil or criminal procedure and the LE may be declared bankrupt by judgment.

Even so, the relevant laws provide a great deal of room for “compromise” (화해hohae) between the parties involved and even between the owner(s) and the State’s related bodies, especially if the LE receives financial assistance or guarantee in Korea to find remedy for the damages so caused within the six months following the adverse judgment.

Even in the “secluded” and mostly misunderstood Korea, the law is breathing, vivacious and a tool to be used, knowing it properly.

Roberto Gilardino is Horizons Corporate Advisory regional partner for north Asia & additional countries. If you would like to talk with a specialist about corporate liability in Korea or other countries, email us and we’ll have a Horizons professional contact you.